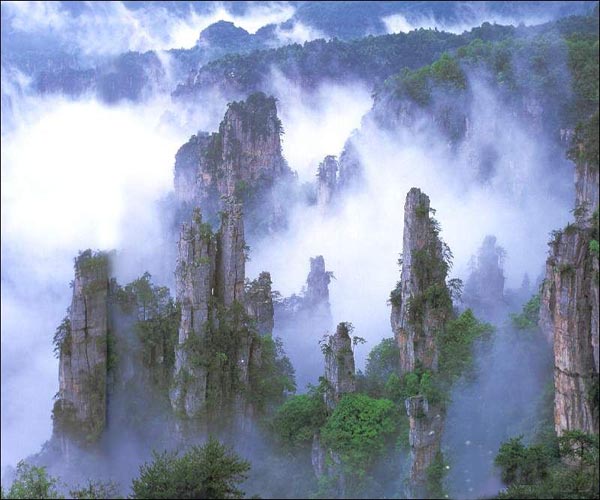 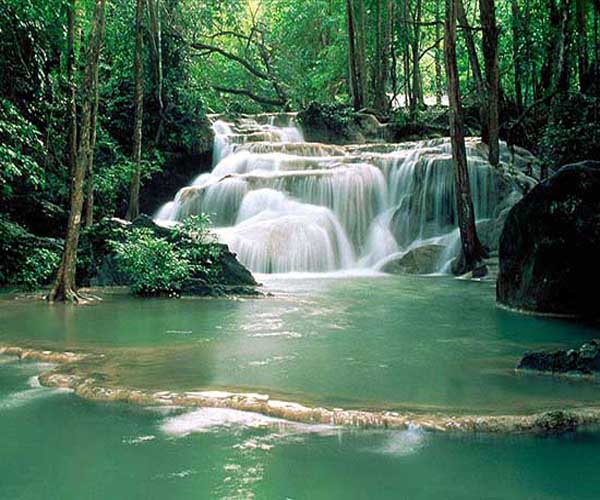 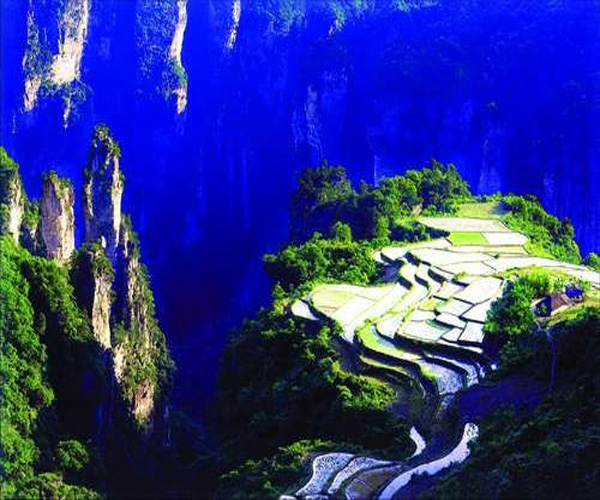 Your guide meet you at the airport and transfer you to the hotel.

Zhangjiajie is famous for its exquisite forests, which are home to huge, leaf-covered stone pinnacles that rise right from the level ground. Get ready for some jaw-dropping panoramic views on your hiking adventures.

Huangshizhai, (yellow stone stronghold), the largest view stand in Zhangjiajie, there are numerous lookout points for stunning views, from which you can see nearly half the peaks of Zhangjiajie, there is a popular saying goes like that if you dont visit Huangshizhai, you cant claim you have come to Zhangjiajie. Story telling about the mountain by your guide is a lot of fun. You can have convenience of cable car in Huangshizhai. Hike at Huangshizhai is a great challenging opportunity (flexible according to your hiking ability)

Golden Whip Brook which is reputed as the most beautiful canyon in the world and also your tour guide will tell beautiful story about the golden whip related to Chinas first emperor and Great Buddha -Guanyin.,3 hours hiking come to an end at Shuiraosimen (four streams converge here).

Adventure tour start at shuiraosimen (four streams converge here), Bailong elevator-world engineering wonder locates here, which outstands as the world tallest one with the height of 326 meters, it take 1.58 seconds to transport tourists from the bottom to the Yuanjiajie top exhibiting unbelievable and fantastic views

Tianzi Mountain means Kings mountain in English, because its Tujia minority chief-Xiang Dakuns uprising in Ming dynasty 500 years ago recorded in the history. Xiang Dakun is honored as a king.

In Tianzi Mountain the huge forests of pillars stand foursquare against the distant blue hills, announcing themselves to be the very treasures that Unesco declares them to be.

Tianzi Mountain present itself in distinctive shape, geological speaking, and the rock formation is older than that in Yuanjiajie, you will have fantastic experience of stunning views, against the backdrop of sunset the Tianzishan cable transport you down the mountain and return to your decent hotel.

Yellow Dragon Cave is the longest one in Asia; it is an incomparable realm of gigantic subterranean chambers, fantastic cave formations, and extraordinary features. Today many of the wonders of Yellow dragon cave are well known, yet the experience of exploring its chambers is every bit as exciting. The cave remained mystic to local villagers before the first caving adventure took place in 1982; they believe it was the holy home for yellow dragon and spirits. Now the routes are well paved and well lighted. Sturdy walking shoes, flashlights, and water are required when you explore the cave. In the afternoon discover Baofeng Lake, it seats in the half way of eagle mountain, but there is some human work involving in the natural lake. in 1970’s people fill the small faults of the lake with concrete to store water and water level come up and beautiful lake takes shape, boat tour in the lake gives a lot of fun with the folk songs by girls in the boat, the tourists are expected to interact with the folk song girls by crossing singing, permanent waterfall at the entrance is a wonder. Your unforgettable trip ends and transportation to Zhangjiajie airport.