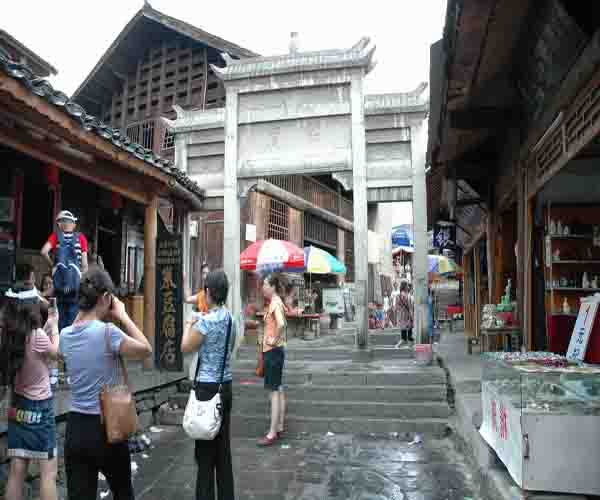 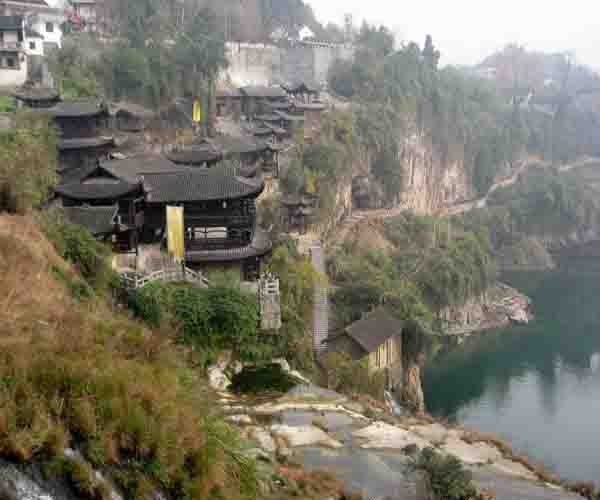 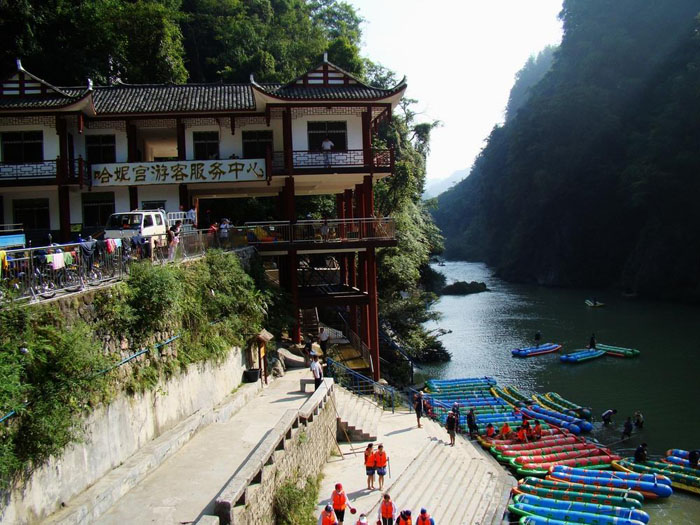 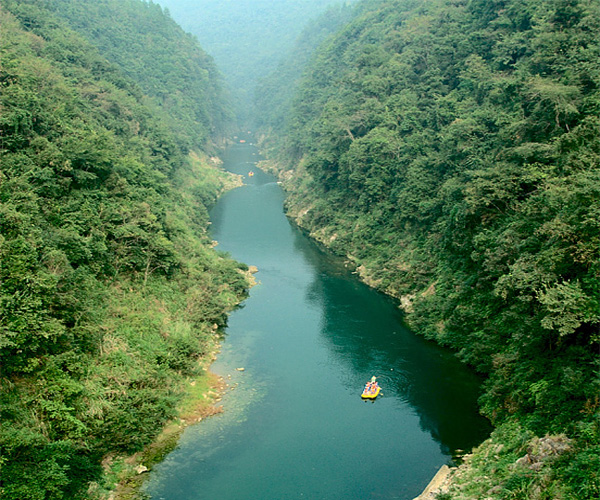 In the morning Your guide meet you at hotel,2-hour Drive to Furong (Hibiscus) Town from zhangjiajie city,Ancient  Town, Furong (Hibiscus) Town is originally named Wangcun. It is an ancient town where Tujiazu people live together. Until now, in the town, pavement laid with black flagstones and ancient domestic house ( mainly Diaojiaolou ) are well preserved. The famous movie Furong Town directed by Xiejin is shot here. At Furong Town, you must take the local specialty, “rice tofu.”It is said that the most genuine shop is in the vicinity of torii. That shop is the rice tofu shop in the movie.The scenery in the town has unique bearing. Shops with trap doors are on the both sides of five-mile street of black flagstone. Tujia Diaojiaolou (stilted house) are set up against the slope. The simple bearing of Tujiazu is very charming. In the Warring States Period, “Xizhou Copper Pillar” set as a war covenant made between the emperor of Chu, Maxifan and the King of headman remains as before. On “Xizhou Copper Pillar”, key cultural relic under state protection, more than 2300 characters are inscribed, the covenant of dismissing troops and reconciling made between the emperor of Chu, Maxifan and the King of headman in 940 A.D. is recorded. It is a precious object data of studying nation relation in ancientChina. Besides, there is Wangcun waterfall which is about 60 meters high and 70 meters wide here. Walking behind the hanging screen of the waterfall is like placing oneself in a crystal palace.In the afternoon Rafting in Mengdong river, Forty kilometers from Furong (Hibiscus) Town is a famous drifting site on the Mengdong River, reputed to be the worlds No. 1 spot for whitewater rafting.The river snakes along the deep gorge for more than 100 kilometers. The 17-kilometer drift site is along the rivers upper stream section, where cascades and caves can be seen everywhere.Along the route, you can hardly see any indications of modern civilization. Everything seems like what it would have been 1,000 years ago. If you are familiar with some stories about ancientChina, you can easily recall them when you are in this gorge.More often, the stones and caves along the river will trigger your imagination. You can see a dog, turtle or the faces of humans in them. Actually, the name Mengdong means fierce caves in Chinese, a metaphorical way of describing the stones and caves such as these which embody the magic and mystery of nature.

It is said that more than 190 kinds of animals currently inhabit the gorge along the river. If you are lucky enough, rare animals like monkeys may appear on the shores. Birds and colorful butterflies will usually accompany you during the entire rafting trip,Drive to Zhangjiajie city.