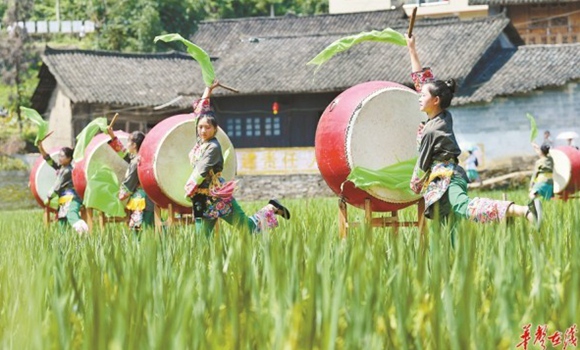 The Ganqiu Festival is one of the grandest and most traditional celebrations for the Miao ethnic group in China. It originated from Huayuan County in western Hunan Province, and is popular also in the counties of Fenghuang, Jishou, Luxi and a few others. It falls on the day of Liqiu, the 13th out of the 24 solar terms, representing the start of autumn.

This year, the festival lasts from August 8 to September 23.

During Ganqiu Festival, people take a day off from working, and hope for a good upcoming harvest by celebrating it in advance. The other theme of Ganqiu is offering young people a chance to mingle and express admiration for each other, still borrowing, and honoring, how people in ancient times would do it: singing and riding swings that could hold eight people at a time.