The Zhangjiajie-Jishou-Huaihua line, with a design speed of 350 km per hour, has seven stations including the famous Fenghuang ancient town. Zhangjiajie, a UNESCO World Heritage Site, and other tourist destinations are also linked by the line.

The line filled in a gap in the railway network of northwestern Hunan while improving the national transportation system. It will also help advance the rural revitalization of the western part of the province.

"The line has shortened the distance between western Hunan and the rest of the country," said Mi Liya, a 64-year-old passenger. 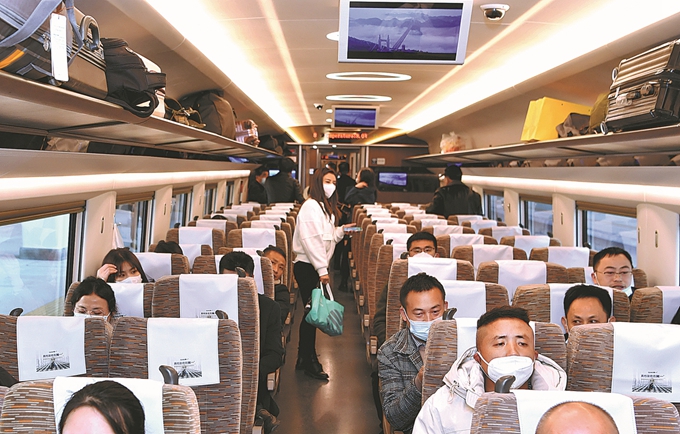 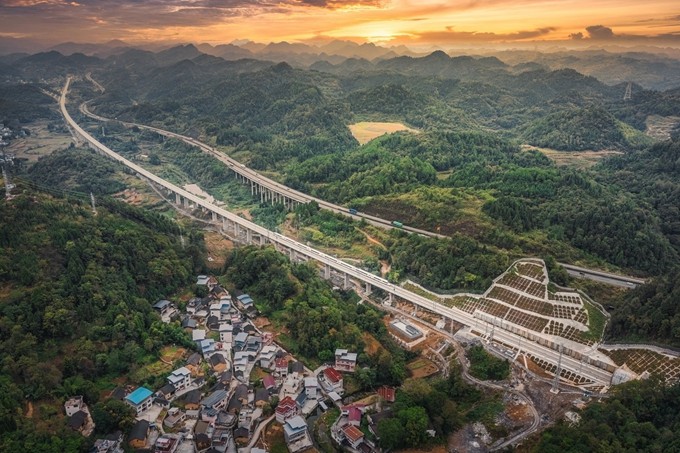 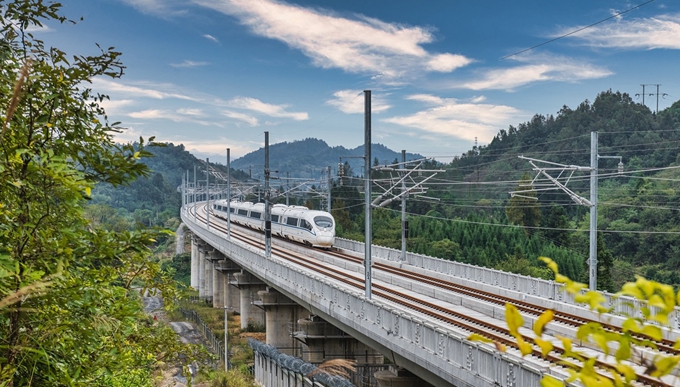 The Zhangjiajie-Jishou-Huaihua high-speed railway runs through a mountainous area in the Wuling Mountains, Hunan province, on Monday, as the railway was officially opened. The line has a total length of 245 kilometers and a designed speed of 350 kilometers per hour.