The Zhangjiajie-Jishou-Huaihua (Zhangjihuai) High-speed Railway opened to traffic on December 6th, 2021. Hence, the travel time between Zhangjiajie and Changsha has been shortened to 2.5 hours. 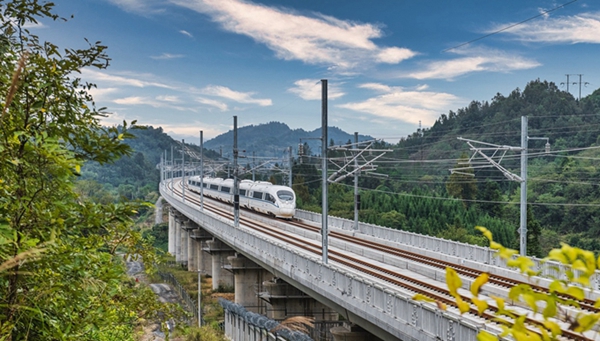 The railway connects several well-known scenic areas, such as Wulingyuan, Tianmen Mountain, Furong Town, Aizhai Bridge, and Fenghuang Ancient Town, and is thus reputed as the “most beautiful high-speed railway in Western Hunan”.

1.Recommended places to go along the railway 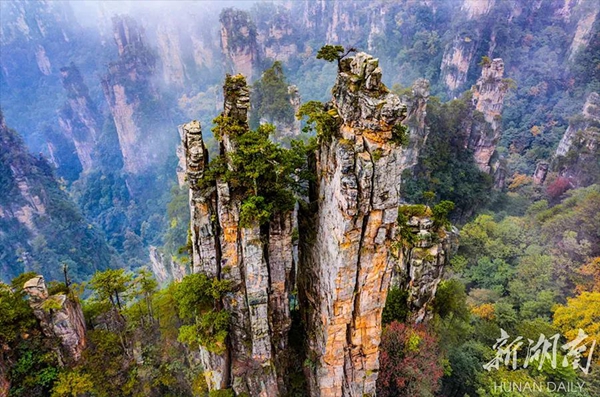 In 1992, UNESCO added Wulingyuan to the World Heritage List. In addition, the mountains in Zhangjiajie National Forest Park were the inspiration behind the floating “Hallelujah Mountains” in the award-winning movie, “Avatar”. 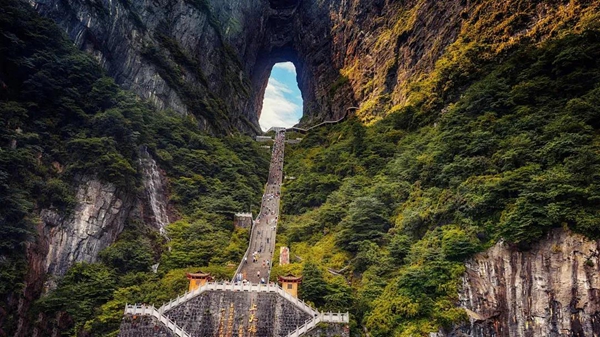 Mount Tianmen, a famous mountain first recorded in the history of Zhangjiajie, has an elevation of 1518.6 meters. It is a little cool at the top of the hill, and long-sleeved clothing is recommended even in the summertime. It is only 8 kilometers from the downtown area and is one of the most representative natural sceneries of Zhangjiajie. There are a variety of plants, such as the Davidia involucrata, Metasequoia glyptostroboides which are under state-level protection. For a long time, Mount Tianmen has attracted attention because of its miraculous and unique geographic landform and remarkable natural landscape. Moreover, it has become well-known for its profound culture. 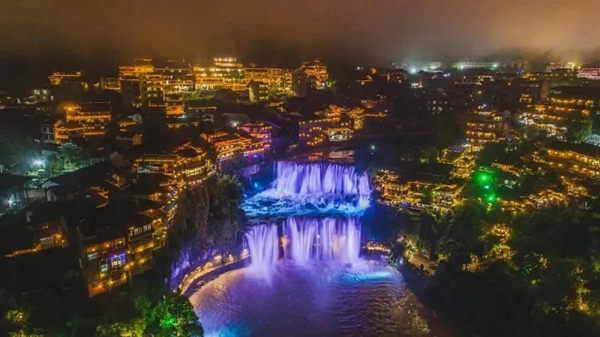 Furong Town is located halfway between Zhangjiajie and Fenghuang. It is known as a Thousand-year Old Town Hanging on the Waterfall because it has a long history of over 2,000 years, and there is a majestic waterfall winding through it. Few tourists knew until a renowned film of the same name became a big hit. And now, an increasing number of tourists come to visit. 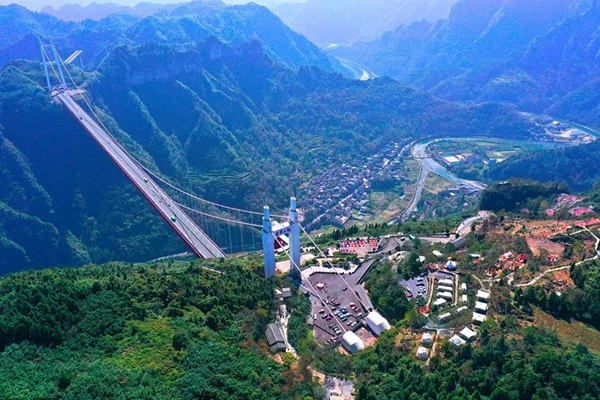 Aizhai Bridge is a suspension bridge on the Baotou-Maoming Expressway in Jishou, Hunan Province. With a main span of 1,176 meters and a deck height of 355 meters, the bridge crosses the Dehang Grand Canyon. It is also the world's highest and longest tunnel-to-tunnel bridge.

Situated in the western border area of Hunan Province, Fenghuang Ancient Town is a famous historical and cultural city. It was praised as "the most beautiful small city in China" by Rewi Alley, a renowned author in New Zealand. The old town is famous for its time-honored buildings and cultural relics, attracting many visitors each year from China and abroad.

2.Enjoy the following travel routes and discover the beauty of the great Xiangxi region

Theme: Relying on rich Tujia folk customs, history, and culture, the route links Zhangjiajie and Huaihua’s Yuanling in the east and connects Chongqing in the west.

Theme: Relying on rich Miao nationality folklore and mysterious folk culture, the route connects Chongqing in the north, Huaihua in the south, and Guizhou in the west.

Theme: Relying on Huaihua’s unique anti-Japanese war culture, business culture, and Yelang culture, the route connects Shaoyang in the east and Guizhou in the west.

Connected areas: Wulingyuan District and Cili County.
Theme: Relying on Wulingyuan tourism resources in Zhangjiajie and rich hot spring resources of Cili County, the route connects the Great Dongting region in the east and Zhangjiajie urban area in the west.