Located in the northwest of Hunan Province, the city of Changde is adjacent to the vast Dongting Lake on the east, lies within easy access to Yiyang City to the south, is connected to the Wuling and Xuefeng Mountains to the west, and borders Jinsha and Yichang to the north. Due to its advantageous geographical location, the city was historically called “the throat of Guizhou and Sichuan and the gateway of Yunnan and Guizhou”. Previously it was called Changde Prefecture, and it was renamed Changde City by the State Council in June 1986. The jurisdiction of Changde covers Wuling District, Dingcheng District and six other counties including Hanshou, Taoyuan, Linli, Lixian, Shimen, Jinshi and Anxiang. Jinshi city is governed by Changde on behalf of the Hunan provincial government. Changde has an area of 18,200 km2 (116 km2 urban) and a total population of 5.87 million (500,000 urban). The city is both historically important and contemporarily famous.

As an ancient city, Changde boasts a unique feature. According to scientific research, there were human beings inhabiting here some 8,000 years ago. It lay in the area of Jinzhou, one of the nine regions at the time of the Xia, Shang and Zhou Dynasties. It was the central area of Chu and Qian in the Warring States Period, while in the Qin Dynasty it belonged to the central county of Qian. It was called Wuling County in the Han Dynasty and named Langzhou in the Sui Dynasty, and Dingcheng in the Song Dynasty. In the 7th year of the Song Dynasty under Emperor Huizong (1117 AD), Changde County was established, and in 1165 AD (the first year of Song Emperor Xiaozong), it was upgraded to be Changde Prefecture. The name of Changde has been used ever since.

Changde has produced many important figures in Chinese history. Many fine works of literature praising the beauty of Changde’s landscapes have been written here by many historical masters like Qu Yuan, Tao Yuanming and Liu Yuxi. In contemporary times, a group of important people and revolutionaries emerged from here, including Lin Xiumei, Jiang Yiwu, Song Jiaoren, Lin Boqu etc., and literary celebrities such as Ding Ling, and Jian Bozan (former president of Beijing University). History has given Changde both unique natural scenery as well as historical sites. At present, more than 500 relic sites from the Paleolithic and Neolithic Eras have been discovered. Among the 276 specially protected relic sites already discovered, 15 are of national value and 14 of provincial value. Located in this beautiful land are three national forest parks, three provincial forest parks, one nature reserve, and one provincial tourism area. Taohuayuan Resort, a well-known historical resort enjoying fame at home and abroad, has become a modern place of sightseeing where people enjoy the beauty of nature in a unique setting. It is worth mentioning that Changde Poem-engraved Wall, designed on the basis of displaying many famous poems and articles by ancient and modern celebrities and created with the expert help of a group of famous Chinese calligraphers, painters and carvers, adds a new cultural view to modern Changde.

With great potential in natural resources and considerable strength in its modern economy, Changde City enjoys pleasant weather and multiple landforms. The Yuan River and the Li River, admitting different sources of water, run through the districts and counties in Changde. The city is home to some 2,472 types of animals and plants, including 24 types of rare animals. Among nearly 100 kinds of minerals, the reserve amount, quality and yield of realgar rank number one in China. The yield of salt, gold, gypsum, bone coal, quartz sand and bentonite are on the top in Hunan. In addition, reserves of silicon sand, gypsum, marble, granite, barite, diamond, talc, ground phosphate rock, soft coal and bone coal are abundant in Changde.

Since the liberation in 1949, and especially since the implementation of reform and free-market policies, the people of Changde have grasped the opportunity to open and develop the region. Coupled with a strong agricultural base, Changde’s economy has been increasingly strengthened. As one of China’s main areas of grain and cotton produce and the biggest producer of grain and cotton in Hunan, Changde has built an export-oriented agricultural economy.

At the same time, it has formed an industry with unique characteristics: major local industries include tobacco, food, textiles, electronics, chemicals, construction materials, bamboo and special cement. Over 400 products, including Gold Lotus series cigarettes, Wuling Wine, Deshan Liquor and Special Cement, have won the title of “High Quality Commodity” awarded by the State, Ministries and the Province. They are marketed nationwide and some of them have even penetrated the international market. The city also organises local business fairs that are adequately distributed between urban and rural areas. Numerous modern hotels, guesthouses, department stores and recreational centres have been built to provide excellent services. The annual business volume at the Qiaonan Market alone has reached more than 11.5 billion Yuan. Changde’s high-tech industries are also promising.

In recent years, Changde’s infrastructure has been improved daily, and development prospects are becoming more attractive to investors. A local 3-dimensional transportation system has taken shape incorporating aviation, rail, road and waterways. The 4C level airport where Boeing 737 and 757, Douglas 80 and 82 planes can land and take off has opened seven flight routes to Beijing, Shanghai and Guangzhou, etc. Two major railways, the Zhicheng-Linzhou Railway and the Shimen-Changsha Railway, pass through Changde City connecting to the Jiaozuo-Zhicheng Railway and the Beijing-Guangzhou Railway. By building the Yuan River Bridge, Li River Jinshi Bridge, Li River Shimen Bridge and Anxiang Dajingang Bridge, the Yuan and Li Rivers have become traversable waterways. The widened and reconstructed National Highways G207 and G319 connect all major regions and lead to 8 other provincial routes. By the end of 1998, an expressway from Changde to Changsha had been open to traffic. The total length of accessible land roads and waterways in Changde is estimated to be more than 6,200 km and 2,400 km respectively, and the 36 docks along the Yuan and Li Rivers have a total capacity of 10 million tons per year. Both passenger and freight ships can now sail directly to the Dongting Lake and the Yangtze River from Changede.

Local power stations can generate 1.4 million kw of electric power to meet demands in the urban and rural areas. The Shimen Thermal Power Station, with the largest generating capacity in Hunan, is now in operation. Being the first of its kind in Hunan, the station’s first stage has been completed and is now in operation. Changde has installed a total number of 135,000 advanced digital telephones that link towns and factories, and connect Changde to 180 foreign countries. Mobile telephone services are available in Changde’s nine districts and counties. Combined with its constant urban expansion and improved management, the city enjoys tidy and clean streets (about 100 km in length), and has ample water and electricity supplies. It also provides complete services in banking, consultation, auditing, notarization, law, commodity inspection and customs.

Changde is an inland city, but its geographical location makes it a great gateway to the interior. Its development has now been greatly contributed by the famous Three Gorges Project in the neighboring Hubei Province. Changde has become a frontier city connecting the Three Gorges to Hunan Province, which will in turn help in opening up and developing Hunan Province.

Changde is embracing new opportunities with further reform and development in line with the construction of a harmonious society. We warmly welcome friends at home and abroad to visit Changde, invest in our local economy, and work together to develop a bright future. 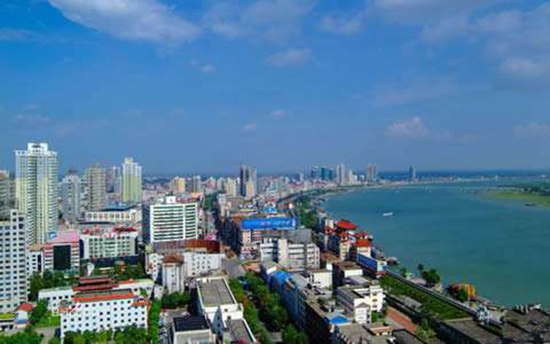 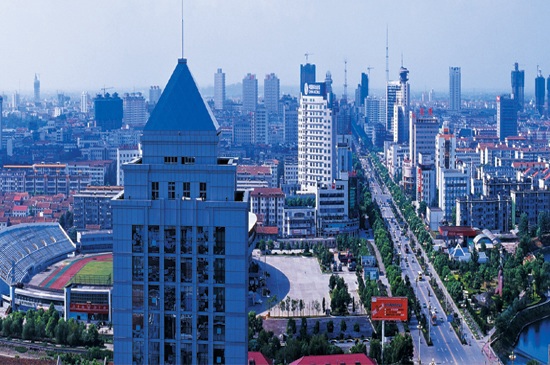