The 33-year-old finished the challenge in 56 seconds.

"I was attracted to the stairway at Tianmenshan when I first saw it in 2010. With years' efforts practicing, I felt I was ready for conquering this stairway. So here I am," said Geng.

The length and the steep drop of the slopes are the two biggest challenges, said Geng, adding that the 41- 39-degree slopes spanning 92 meters in total at the stairway's upper part were extreme tests.

Because the stairway is only 1.15 meters wide, he had to keep riding in a straight line all the way to stay safe, said Geng.

He also couldn't pause for more than three seconds during the race.

"Even world-class motorcyclists in Spain and Britain won't be totally sure about completing such difficult and risky challenge," said Zhang Rongwei, a motor expert. 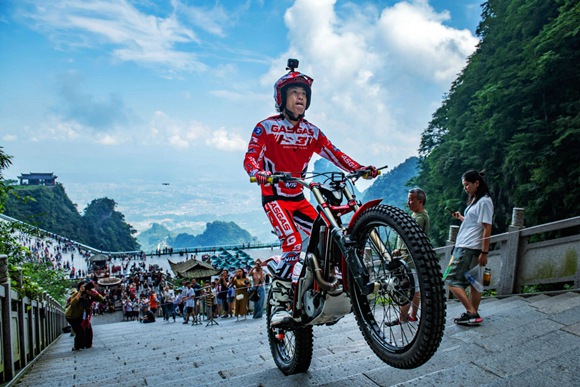 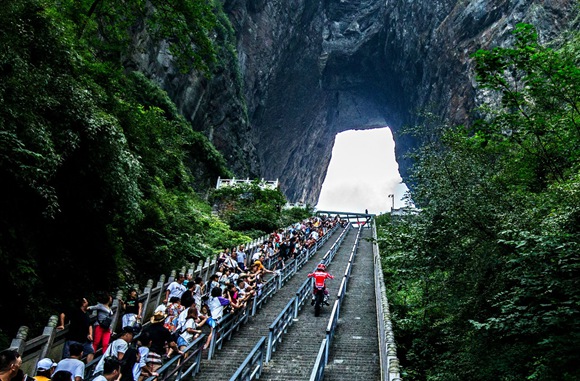 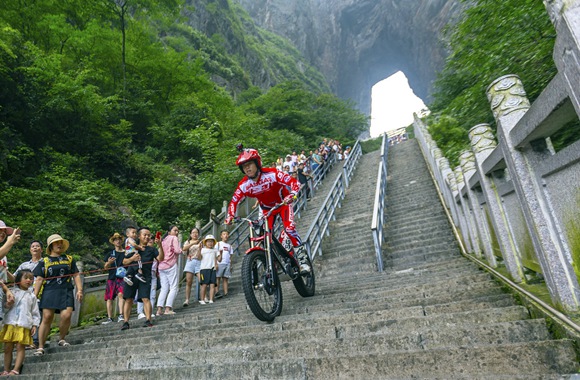 Geng Jie rides his motorcyle down the stone steps he conquered at the Tianmenshan scenic area in Central China's Hunan province. [Photo by Yang Ming]