After several days' rainfall and drop in temperature, the national forest park of Tianmen Mountain in Zhangjiajie has been transformed into a dreamlike destination with clouds and icy rime.

Viewed from the top of the mountain at an altitude of over 1,500 meters, the peaks and forests are covered with ice and snow, forming various shapes of rime – a rare sight in March.

The scenic area has taken precautions amid the current epidemic, since its official reopening on March 2. Through April 30 all adult visitors get a 50 percent discount, and tickets are free of charge for medical workers during the entire year. 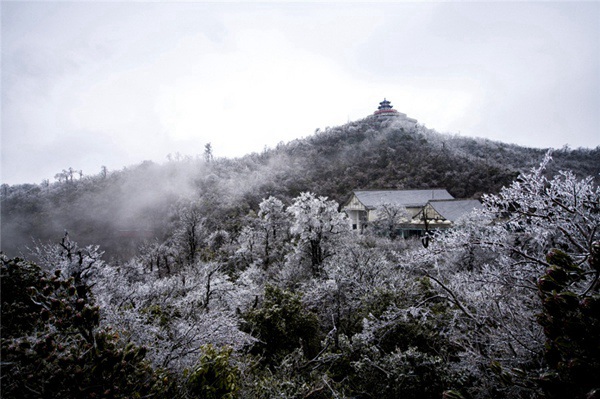 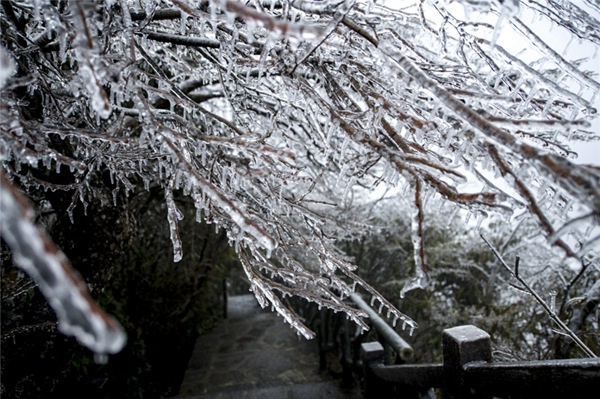 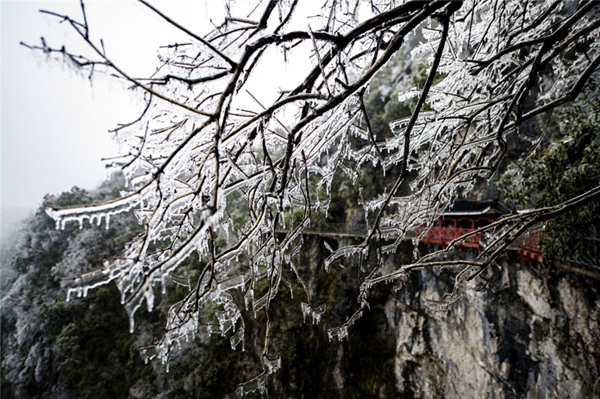 Glittering rime creates a wonderland at Tianmen Mountain in Zhangjiajie