Boasting a long history, Zhangjiajie Yang Opera has a distinguished style and prides in variedness of local custom. The Opera is based on the local dialect in terms of stage language characterized by clear alteration between Ping (level tones) and Ze (Oblique tones) with "R" rhymes.

Zhangjiajie Yang Opera is also exclusive in music, especially, the usage of Cucurbit flute hanging by gold threads make it different from other Yang Operas. Tujia People has integrated local chant into the opera, making the music the most extraordinary, original and penetrating among Chinese operas.

The way of singing in the opera entwines the chest voice and falsetto. The chest voice is used in the lyric part and dragged parts adopt falsetto with high octave, unique among Chinese operas.

The integration of chest voice and falsetto presents the rough and straightforward characteristic of Tujia People, in addition to projecting the spectacular style of singing in Zhangjiajie Yang Opera. 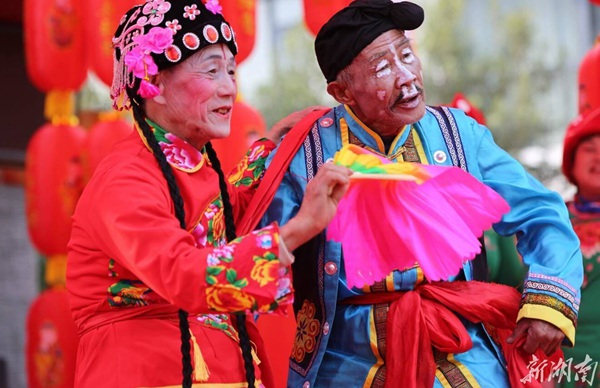