People walk on the mountain’s edge, and clouds rise from beneath the feet.As you tour Yuanjiajie, you are made to sense an intimacy with the mountains, so much that you get the impression you could almost touch them. A multitude of peaks arise from the deep valley, making their appearance all of a sudden. When you least expect it, a rush of surprise and wonder emanates from your heart, causing you to feel so joyful and contented!

Located in the northwest part of the Zhangjiajie National Forest Park, Yuanjiajie is a naturally formed platform mountain, surrounded by higher summits which are divided by deep valleys. Added to this scene is an array of amazing lesser peaks and grotesque rocks. Each one stands in the valley and possesses its own peculiar shape. The foremost attractions in this area include: Back Garden, breathtaking Mihun Stage, and the First Bridge under the Sun.Yuanjiajie lies between Huangshi Village (yellow stone stronghold) and Tianzi Mountain(emperor mountain). From Zhangjiajie National Forest Park there are approaches to the place.

There is a path (3000 steps, 1.5 hours walk) starts in the middle .of Golden Whip Stream where there is a scenic spot called couple meeting from afar, when reaching the top, we can see traffic road and buses that transport tourists to Yangjiajie and Tianzi mountain, people usually spend 2 hours to do sightseeing nearby at Mihun tai and Natural Bridge before taking buses.

From Golden Whip Stream 2 hours walk to Bailong Elevator, the elevator (56 RMB) take you to the top, then walk 200 meters to the bus station, 5 minutes bus (one stop) introduce you to Mihuntai, you will spend 2 hours to do sightseeing around here. There are some household hotels available in Yangjiajie for those who want to see more scenic spots such as Yangjiajie, you can get to the household hotels by taking .10 minutes bus from Natural Bridge.

If you don’t want to take second time long walk in the Canyon(golden whip brook), you can reserve a taxi to Bailong Elevator to pick you. A taxi from Zhangjiajie National Park toShuiraosimen will cost you 100 Yuan; there is still 15 minutes free bus between the entrance and the elevator. 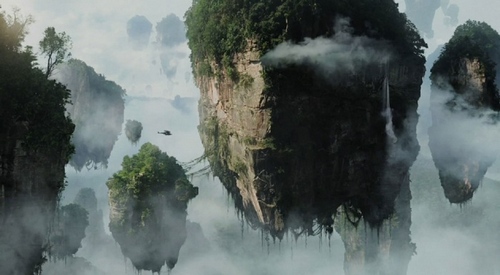 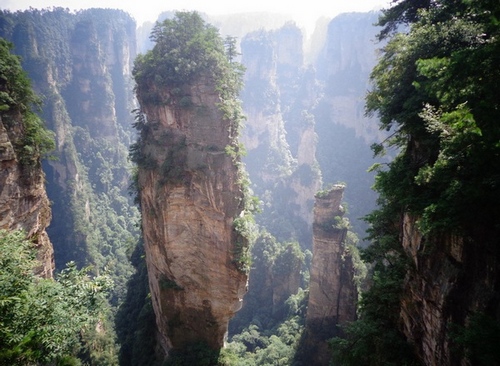 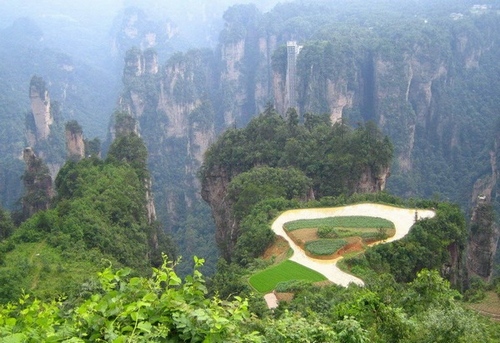 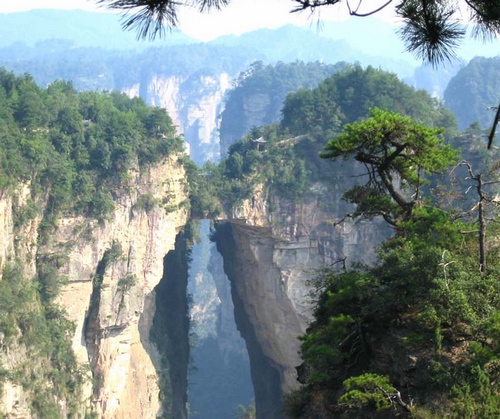 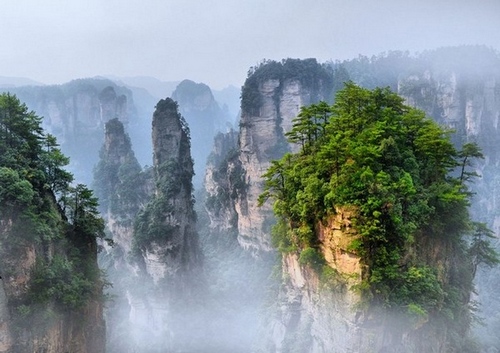 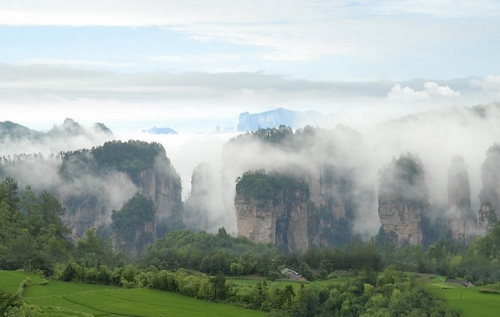