Yellow Dragon Cave(Huanglongdong) is more beautiful than the outside world. Day or night, without fear of rain or wind, all year long, you can delight in its wonderful scenery.The cave is of good beneficial air circulation, and is cool in the summer and war in the winter. Yellow Dragon Cave is one of the foremost scenic areas in Zhangjiajie, and was rated as one of the first 4A National Tourist Attractions in China. Also it has been honored as magical karst cave both in China and in the world.

This system of caves is a typical karst formation, and you know that water plays an extremely important role in its development. Flowing into the fissures of the karst layer, water constantly dissolves the limestone rock, thereby widening the crevice. This process continues year after year and thus the caves are created. The Yellow Dragon Cave system covers a proven area of 140 meters. The inner recess is divided into four layers, two dry ones and two possessing waterways. The tally of natural wonders includes: one natural reservoir, 2 underground rivers, 3 pools, 4 waterfalls, 13 grand halls, 96 passageways and hundreds of thousands of stalagmites, columns and stalactites. The Yellow Dragon Cave is so complex and unfathomable, possessing such a multitude of geological features, that it’s impossible for us to take them all in at one time. This “magical place” abounds with all the sceneries that we can enjoy in the karst caves and the stalagmites are in all different shapes. Many famous scenic spots have been developing: the Dragon Dance Hall, Sounding River, Immortal Waterfall, Heaven Pillar Street, and the Dragon Palace.

Except for a short distance near the entrance, we won’t have to do any backtracking in the cave. The entire tour takes about two hours—2400 meters by land and an additional 800 meters by water.

Yellow Dragon Cave situated in Suoxiyu natural reserve, .15 minutes drive from Suoxiyu town, 1 hour drive from Zhangjiajie City, 20 minutes drive from Zhangjiajie National Park, and people spend 2 hours in the cave.Yellow Dragon Cave is the longest one in Asia ; it is an incomparable realm of gigantic subterranean chambers, fantastic cave formations, and extraordinary features. Today many of the wonders of Yellow dragon cave are well known, yet the experience of exploring its chambers. is every bit as exciting. The cave remained mystic to local villagers before the first caving adventure took place in 1982; they believe it was the holy home for yellow dragon and spirits. Now the routes are well paved and well lighted. Sturdy walking shoes, flashlights, and water are required when you explore the cave. 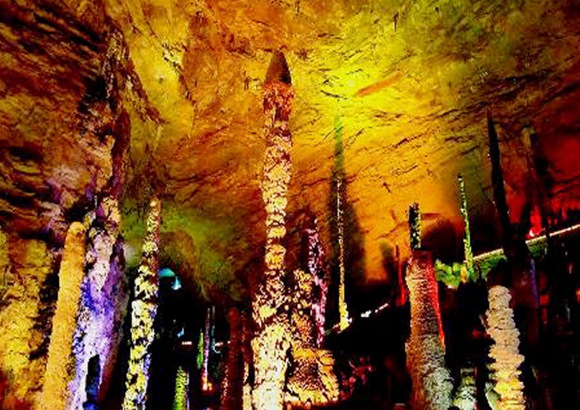 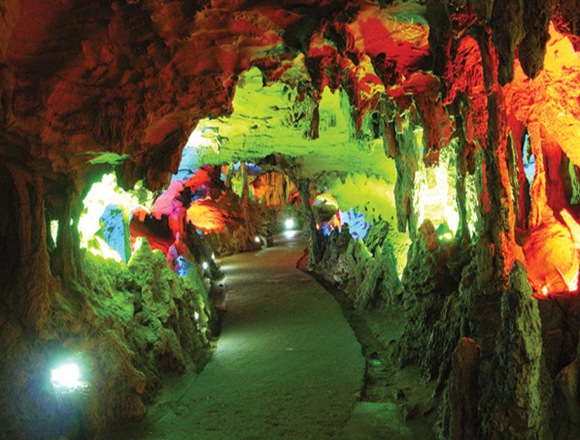 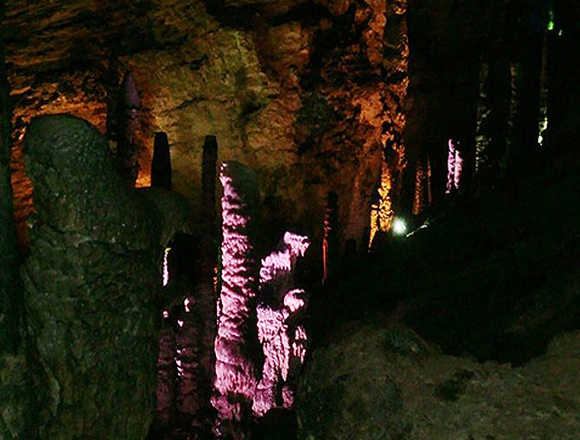 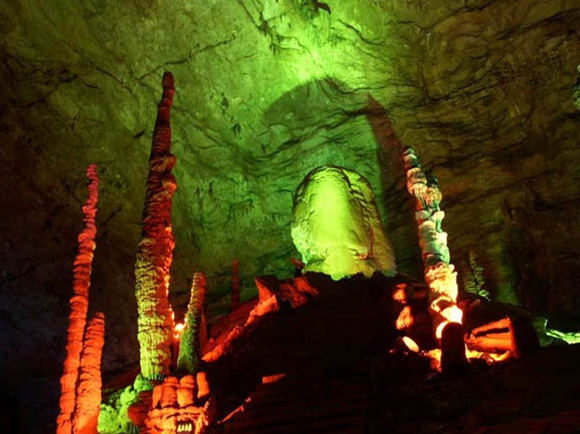 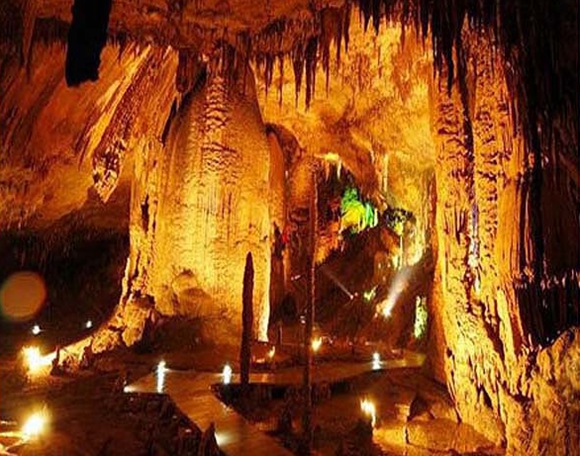