On the same day, the Wulingyuan District of Zhangjiajie City welcomed the first snow this winter. The core scenic spot was covered with a cloak of snow, and the sea of clouds and mist have a fairy tale beauty, attracting many tourists from home and abroad. 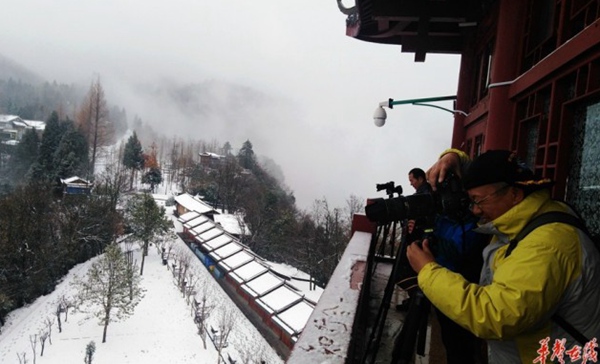