Mountain Hengshan, The Great Mountain of the South, is known as one of the five great mountains in China. Located in Hengyang City, Hunan Province, the mountain has 72 peaks, stretching 400 km, along with, grand and magnificent temples. The highest peak, Zhurong peak, stands 1,300.2 meters above sea level. The mountain has been reputed as "The most elegant mountain among the five great mountains in China", "A sacred place of religious value","China's mountain of Long-Life" and "A mountain of high civilization" Hengshan is now a key site at the national level, being one of the first 5-A tourist resorts in China, and deemed noteworthy by China's natural reserves foundation, the Chinese Natural & Civilization Heritage. The mountain is visited by 3 million tourists annually. 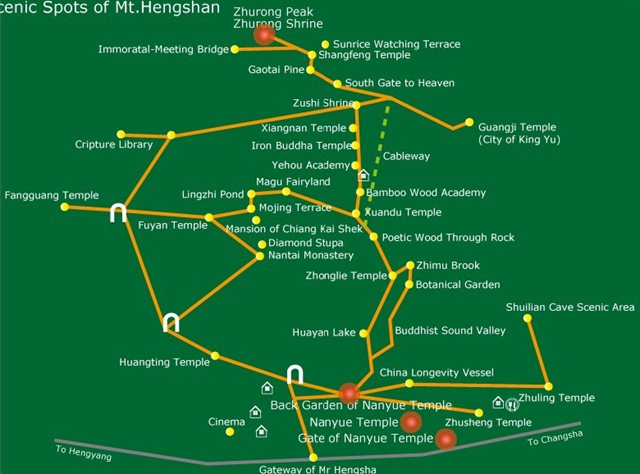