Changde is located in the northwest of Hunan, with the Dongting Lake on its east, and bordering on Hubei province on the north, Hunan Xiangxi Autonomous Prefecture on the west and Yiyang city on the south.

The most famous scenic spot in Changde is Taohuayuan (Peach Blossom Valley). It is a well known scenic area with lush woods and tranquil environment, which was depicted vividly by TaoYuanming (365AD-427AD), a great poet in the Eastern Jin Dynasty. In his prose "Peach Colony", Tao described a fairy valley with enchanting natural scenery where people lived a simple and peaceful life. 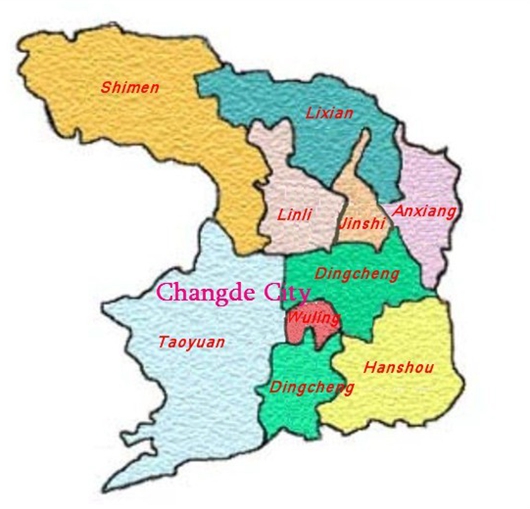