Zhangjiajie Collage is the art of making a picture by sticking pieces of colored paper, fabric, or photographs onto a surface and it also means a picture that you make by doing this.

Zhangjiajie Tujia people use a piece of good quality wood as the surface for the collage. Then put the skins, roots, brunches of trees and some other materials to stick onto the surface. With all these materials put onto the board it formed a beautiful picture about natural sceneries.

Zhangjiajie Tujia collage is very popular among local people that they often use some materials easy to find to make their own arts. It is really special because it is a picture that you can actually feel, with your fingers on the picture you can really feel the true meaning carried by that threedimensional picture. 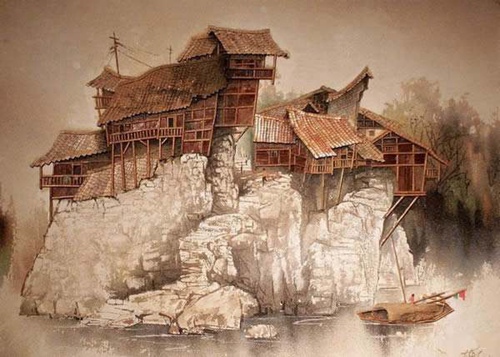