11 Best Cities to Visit in China

A picturesque country full of diverse landscapes, cuisine and culture, China boasts captivating cities that showcase its colorful contrasts, from gleaming skyscrapers to cobbled alleyways. It’s a country where you can experience ancient traditions and visit world-class attractions, and spend your time exploring iconic landmarks, meeting pandas and meandering through the quiet countryside. From the Great Wall in Beijing to the UNESCO-listed streets of Lijiang, here are some of the best cities to visit in China. 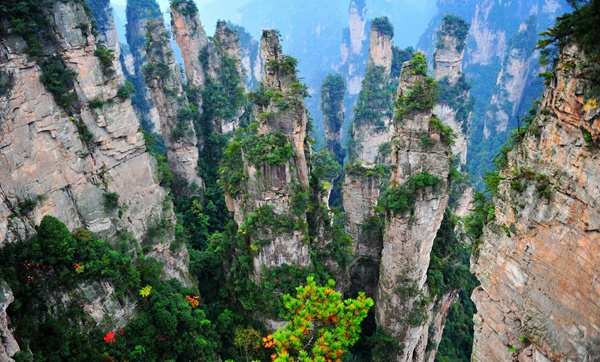 One of the most alluring destinations you’ll find in China, Zhangjiajie sits in central China and is famous for its soaring peaks, tranquil streams, dense forests and massive karst caves. Noted for its beauty particularly after the movie “Avatar” was inspired by the Heavenly Pillar in Zhangjiajie National Forest Park, it is the perfect place for outdoor enthusiasts to enjoy the spectacular scenery. Walk on the world’s longest and highest glass-bottom bridge suspended between two mountains, explore the Yellow Dragon Cave or take a boat ride on Baofeng Lake. 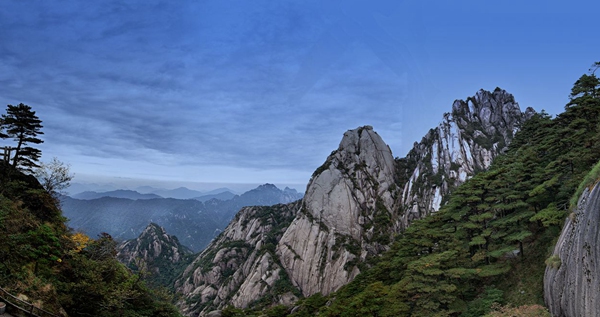 Nature enthusiasts will revel in the beauty found in Huangshan, as it is home to some of the most beautiful mountains in the country, the Yellow Mountains. Surrounded by a sea of clouds and oddly-shaped rocks and pines, it also features hot springs at the foot of the mountain. While ascending the mountains for sunrise and sunset views is the top thing to do in this area, you can also visit the “artists’ muse”, the beautiful village of Hongcun and admire a field of flowers in Sankou Town. 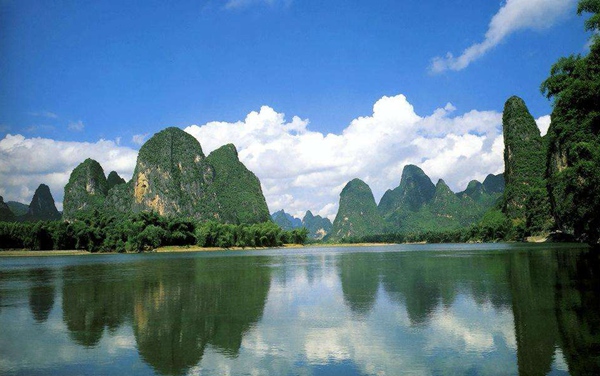 A wonderland of beautiful karst topography, Guilin is one of the most picturesque destinations in China. You can spend your time soaking up the marvelous limestone scenery and the Li River views on a canoeing or cycling adventure, then visit the Longji Terraced Fields, the Reed Flute Cave and the city’s twin pagodas, the Sun and Moon, lit up at night. It’s picturesque countryside, rice paddies and karst mountain landscapes are even depicted on the 20 Yuan note.

Guangzhou was a major port of the ancient Maritime Silk Road, but now boasts a modern landscape of neon-lit skyscrapers. Its eclectic collection of architecture features old Canton buildings, Qing edifices and Anglo-style houses, while museums like the Mausoleum of King Zhao Mo showcases a collection of fascinating artifacts that date back 2,100 years. Make sure to explore the Ancestral Temple of the Chen Family and the Bright Filial Piety Temple, then sit back and enjoy a scenic cruise on the Pearl River. 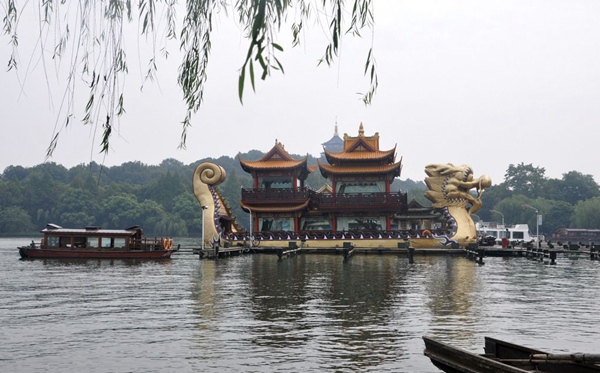 It’s hard not to fall in love with the beauty of Hangzhou, as Marco Polo even stated that it is “the most beautiful and elegant city in the world” when he visited in the 13th century.  Its centered by the captivating views of West Lake, while those fascinated by the region’s history should also visit the Broken Bridge, the Qing Dynasty Mid-Lake Pavilion and the pagodas of the Lesser Yingzhou Isle. Take a tour of the National Tea Museum to see the tea farms and experience a traditional tea ceremony. 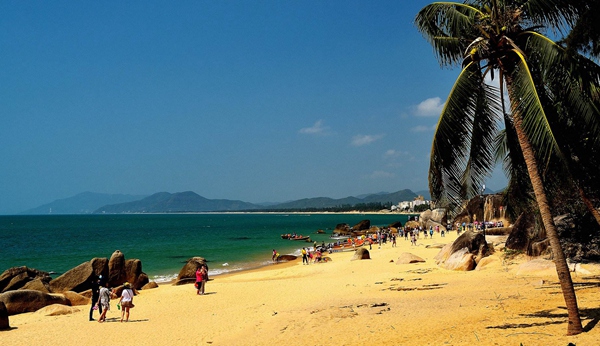 Unlike any other city in China, Sanya is home to beautiful beach landscapes on China’s southeast golden coastline where you can spend your time walking along the shore and taking in the sunset views. A perfect escape from the hustle and bustle of the city, Sanya offers you a chance to indulge in a sun-soaked day of water activities such as swimming, snorkeling and jet-skiing. Sunbathe on the soft beach or take shade under the lush tropical foliage, as this laid-back destination is ideal for families and honeymooners alike. 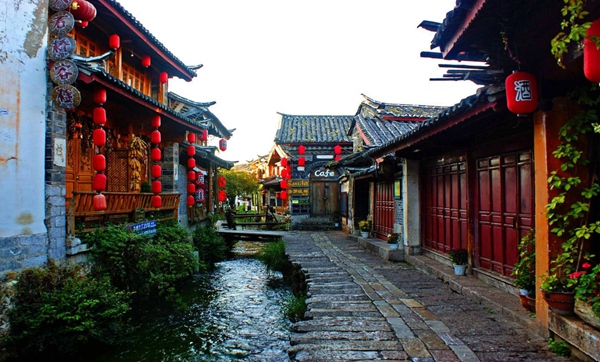 A blend of historic sites, snow-capped mountains and ethnic minority cultures, Lijiang is famed for its beautiful UNESCO-listed Old Town that dates back over 800 years. A ride on the cable car to Jade Dragon Snow Mountain reveals panoramic views of the city and Tiger Leaping Gorge features a world-famous hiking trail, while a walk around its cobblestone streets in the Old Town features ancient architecture and souvenir shops. To experience the traditional ways of the Naxi community, make sure to pay a visit to the nearby village of Baisha. 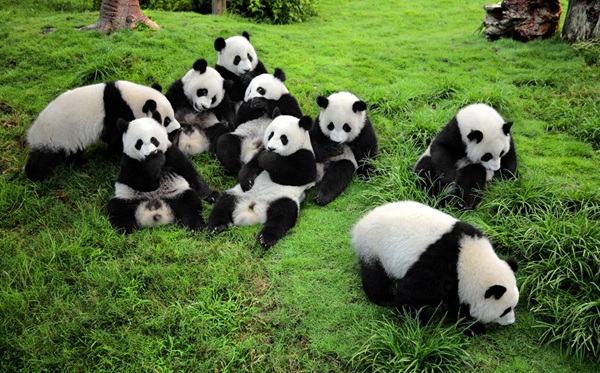 Animal lovers should put Chengdu at the top of their China itinerary, as it is home to Giant Pandas. The Chengdu Panda Research Base is the place to get up close and personal with these cuddly creatures. Aside from its famous residents, the city is also a food destination where you can sample classic Sichuan food on Jinli Street, from spicy Sichuan hot pot to sticky rice cakes with sesame sauce. Head to the People’s Park to see street performers or walk around the Kuanzhaixiangzi District to see ancient teahouses. 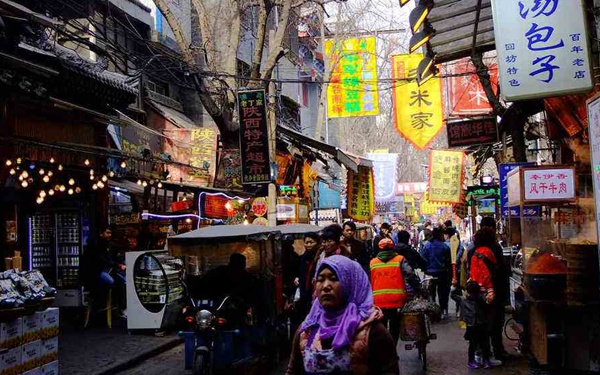 Offering a window into China’s ancient civilization, Xi’an boasts a number of precious relics and historical sites. You’ll no doubt want to see the famous Terracotta Army Museum, as this archaeological site features a collection of life-size terracotta sculptures that depict the armies of Qin Shi Huang, the first Emperor of China. Take a bike ride on top of the city wall to see fortifications that date back 600 years, then explore the vibrant Muslim Quarter to soak up the culture and sample local delicacies. 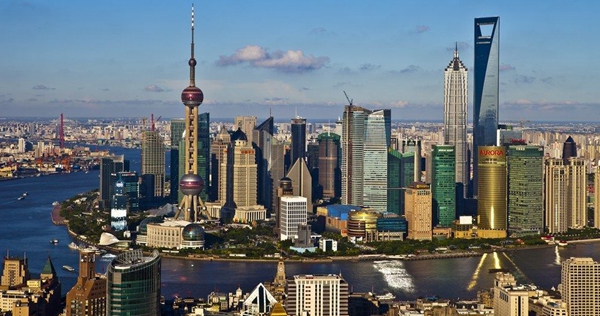 One of China’s largest cities, Shanghai is a bustling metropolis that was considered the most important trading port on the Yangtze River Delta. Considered the center of the country’s commerce, it is a shopper’s paradise and is home to iconic sightseeing landmarks such as the Bund, a glitzy waterside walkway. It’s night views are captivating, where you can marvel at its collection of soaring skyscrapers that create an impressive skyline. Take a break in Yu Garden, visit Disneyland or explore neighborhoods like Tianzifang and M50. 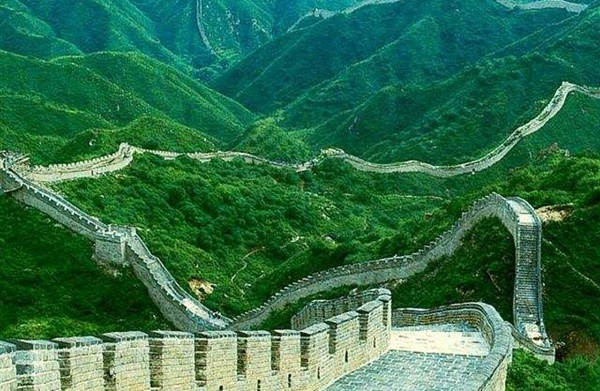 China’s ancient and modern capital, Beijing is rich in history and attractions. Many travelers come to marvel at the Great Wall of China, while Tiananmen Square, the Temple of Heaven and its collection of bustling shopping streets and narrow alleys, called “hutongs”, are just as captivating. Visit the National Museum of China to see one of the most acclaimed art institutions in the country, or simply wander around the UNESCO World Heritage-listed Forbidden City to discover opulent ceramics, artwork and fountains.