This show, The Love Story of a Woodman and a Fox Fairy, is a romantic love story between a fox fairy and an ordinary woodman making a living by chopping woods. The fox fairy, different from other foxes, never hunts human and is very kind and incredibly beautiful, waiting for her Mr. Right (other words, her soul mate). She was arranged to marry the king of the fox empire but she never loves him. Instead, she gradually falls in love with this kind and diligent man so she uses her supernatural power and shapes into a woman. Everyday, she sneaks into his house and does all the housework and makes a delicate dinner for him. He finds her eventually and they start to write a story about happy life together but only suffer from the cruel reject of all the other villagers because a lot of villagers and children were hunted by fox fairies, as well as the trouble made by the fox empire. So what about the ending? You certainly are going to find out yourself!

Combining the local music, the indigenous life style and the ancient love story, with the marvelous valley as the background, this show, out of question, stands out from the entire classics. It is more than an opera, a concert, or a love story. You will see if you watch it.

This show is available every night almost all year long and it begins at 8:15 p.m. in Tianmen Mountain Valley Theatre. Hesitate no more and come to enjoy! 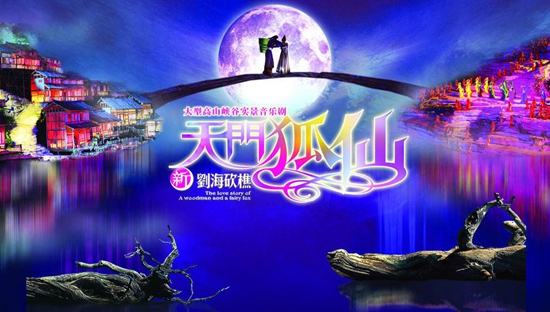 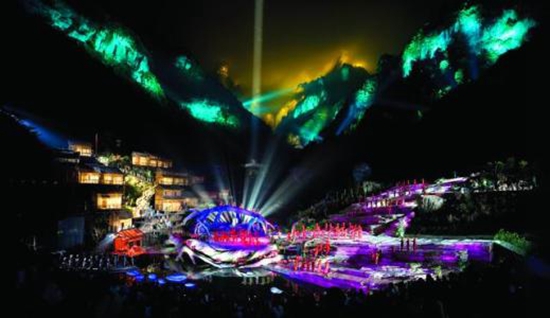 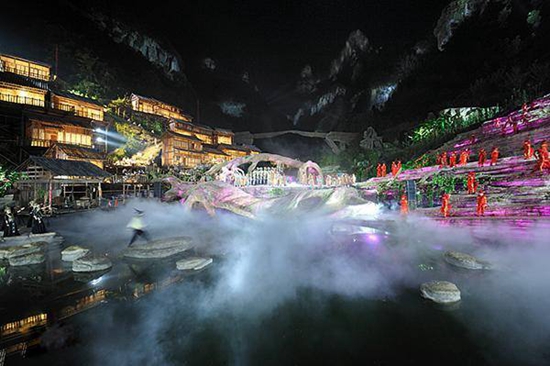 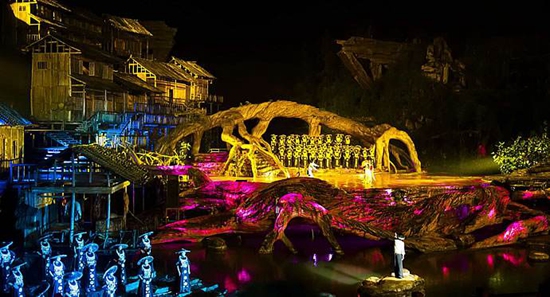 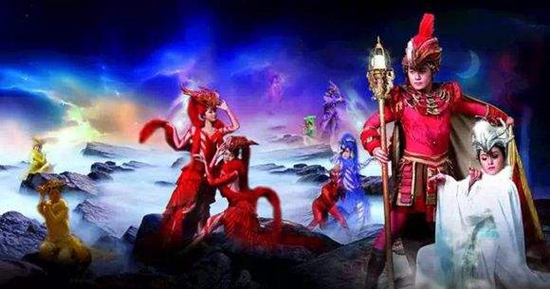