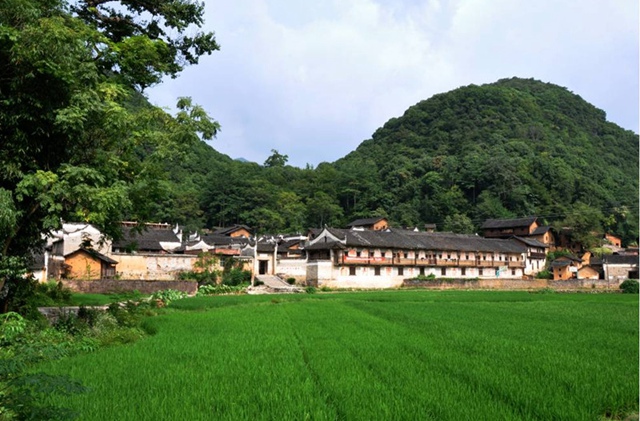 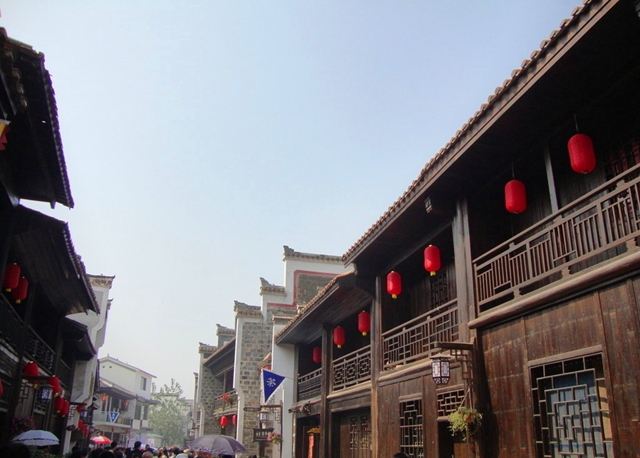 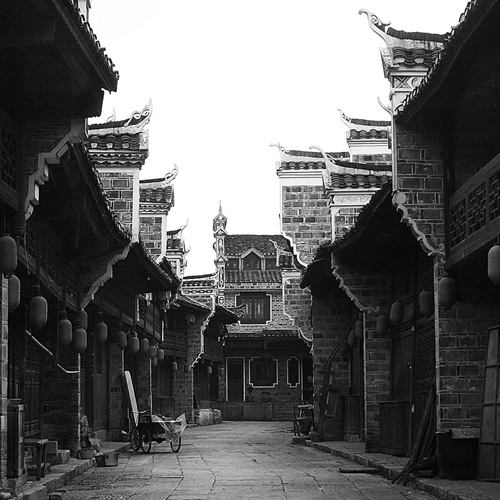 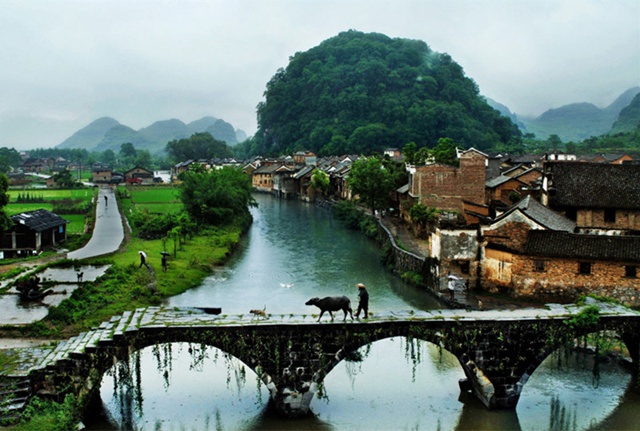 The town is decorated with picturesque old-stone paved streets and grey brick traditional houses. As many years passed by, Qianzhou  Ancient Town remains intact with ancient architectural complex, slates, old streets, river etc, making tourists enjoy themselves so much as to forget to leave.

The town boasts more than 380 intact ancient structures erected during the Ming and Qing Dynasties, covering an area of 100,000 square meters. The buildings endured the ages with some wear, but they remain vivid reminders of the luxurious lifestyle of wealthy merchants. It features classic residential buildings of the south of Yangtze River, which present a living copy of the painting "Riverside Scenes on the Pure Bright Festival". With its labyrinth of narrow streets, Hongjiang still conjures up an image of ancientChina.

Yongxi Bridge is the best-preserved wooden lounge bridge in Anhua County, Yiyang. The bridge is 83 meters long, 13 meters high, and 4.2 meters wide, with 4 stone blocks and 34 wooden bridge pavilions. It is key unit for cultural relics protection in the county. It was built during the reign of Emperor Guangxu of Qing Dynasty.

The newly discovered Zhang Guying  Village is an ancient architectural cluster built over 600 years ago during the Ming Dynasty (1368-1644). Enjoying the fame as the 'Folk Imperial Palace' and 'First Village under the Sun', Zhang Guying Village covers an area of 50,000 square meters (about 12 acres) featuring carved pictures on surface of the building, a zigzag laneway and the occult dooryard. The architectural style imparts an air of mystery.

Jinggang Ancient Town exhibits the unique charm of small water towns located at the south of the lower reaches of the Yangtze River.Over a third of its building remains timber architecture, in which brick- wood building in late Qing dynasty are kept quite well now. On the bank of river, many stilted buildings existed for a long time. In the town, there still exists a lot of religious buildings. Many people went to there to pray to Buddha.

Shanggantang Village, which is located in the south of Xiangxi Autonomous Prefecture，is claimed to have a history as long as at least 2,200 years. The history of the 10, 00-year-old village was recorded on this stele.

A Stone pavilion or stone tower, later called Yuepi Pavilion was built along the courier road at the Xiemu riverside, located at the southeast of Shanggantang Village. There is no way to know the time when it was built and destroyed. The Chinese name of the pavilion was engraved on a stone wall which is over 10 meters in height and approximately 100 meters in length. 12 tablets used for keeping records of events and advocating charitable and pious deeds, 10 poem tablets and 2 exhortation tablets were also inscribed on the wall side by side. Engraved from Song Dynasty till Qing Dynasty, these tablets tell the history of the village. IBu'ying Bridge, a three-hinged arch bridge stretching over the Mu River, is preferably called as Half  Bridge by the locals. When approaching the once crowded and busy ancient village, you may feel that time stops at this moment. The further you walk the more peaceful in your heart.

Baojing Village(Precious Mirror Village)of Daxu Town is a famous village situated at the border of Jianghua Yao Nationality   Autonomous County, Hunan Province and Hezhou City of Guangxi Zhuang Autonomous Region. Located in the intermountain basin in the east of Mengzhu Mountain at the cross of Hunan and Guangxi, ,it is 38 kilometers away from the southwest of the county town.

In more than 300 years, Baojing Ancient Village (Precious Mirror  Village) gradually developed itself into a well-known garden-like complex of buildings. Facing west and with a total area of 80-odd mu (0.5336 hectares), the whole complex is composed of five parts from north to south, Weizidi, Daxin house, Laotang house, Xiaxin house and Xin house.

As all of the 108 rooms of the whole village connect to one another, no matter in sunny or rainy days, the villagers won't be influenced with the weather. The air here is quite fresh and climate comfortable. The enclosed courtyard, with blue stone paved ground, looks very tidy and magnificent. The woodcarving doors and windows, and colored mural paintings can be seen everywhere, vividly demonstrating the typical layout of the South China architecture.

The Ancient City of Liye is a national scenic area and a state-list famous historic and cultural town. The Tujia people have lived here for thousands of years. In 2002, the town became renowned overnight because of marvelous discoveries which include historic sites such as the ancient city moat, city wall, workshops and wells. Its long history is testified by the unearthed artifacts of bronze, pottery, jade and weaponry. The 36,000 bamboo slips inscribed with scripts from the Qin Dynasty (221BC-207BC) unearthed in the city are of great significance for the study of the history of that period.