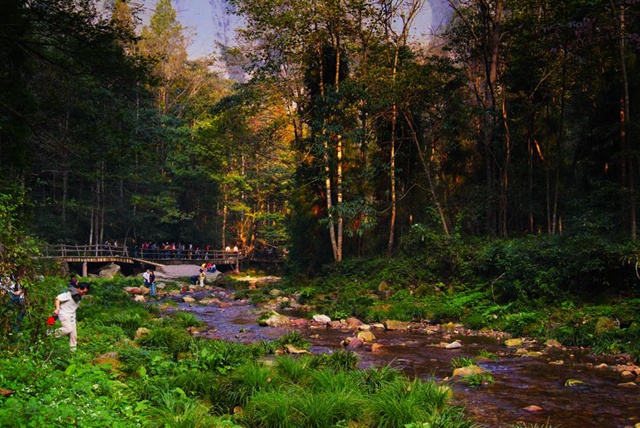 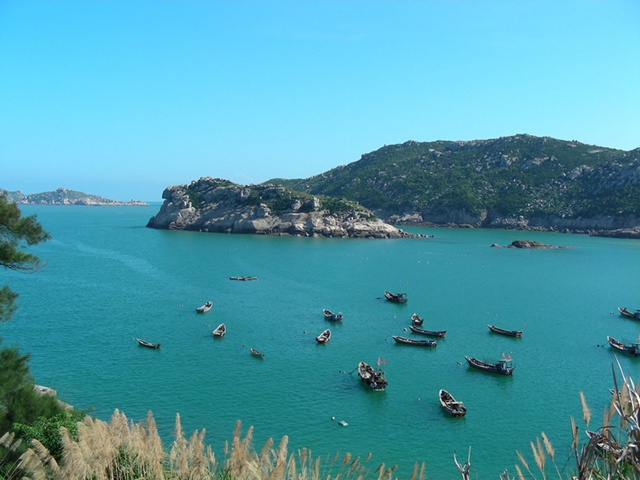 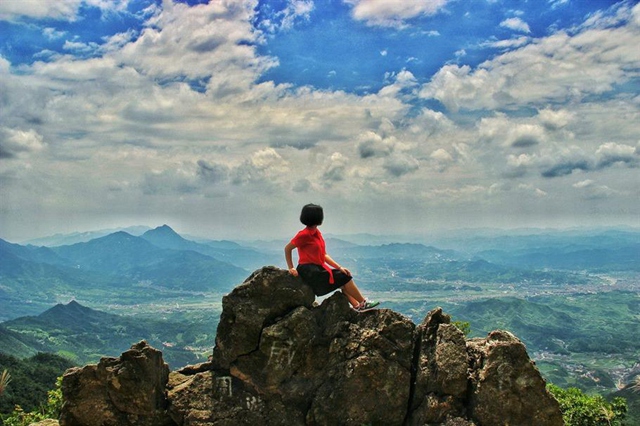 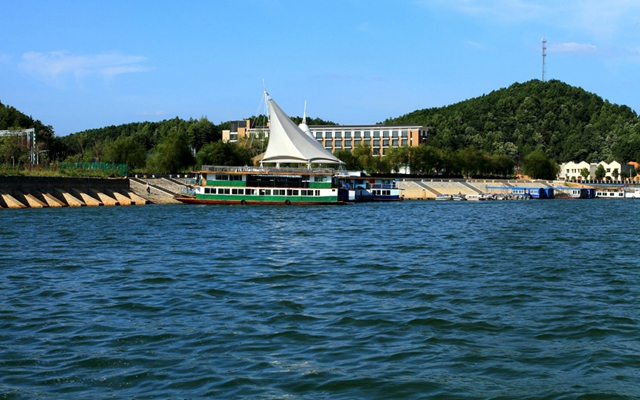 As an extended part of the mysterious Mount Hengshan range, Mount Yuelu covers a total area of 8 square kilometers with its highest peak 297 meters above sea level. There are also many peaks with exuberant trees and reclusive and precipitous mountain streams.

Viewed from Mount Yuelu Peak, Orange Isle is a famous Hunan landmark stretching for nearly 5 kilometers down the middle of the Xiangjiang River at Changsha. It varies from 50-200 meters in width with a total area of nearly 910,000 sqm. It is the longest inland river isle in the world.

Dubbed the “Green Pearl of Eastern Hunan”, Dawei Mountain National Forest Park was set up in July 1992 under the approval of the Ministry of Forestry; it lives up fully to its moniker, with its breathtaking natural scenery and unrivalled tranquil beauty.

How to get there: drive along Changsha-Yongzhou Expressway to Liuyang  City, then follow road signs to Dawei Mountain National Forest Park

The Dongjiang Lake Scenic Area is a natural oxygen bar with fresh air all year round. It is surrounded by islands of all sizes and luxuriant primeval forests with precious birds and animals living among. Dongjiang Lake, for its picturesque scenes and an expanse of water, is also well known as the "Eastern Swiss" Lake.

How to get there: Drive from Changsha through Beijing-Hong Kong-Macao Expressway to Zixing Exit, then travel about 28 km towards Zixing City along Chenzhou Avenue to a crossroad, turn right and drive ahead for 3 km.

Mount Mangshan National Forest Park has the most intact subtropical primeval second growth forest and evergreen broad-leave forest in the world. It covers 6,000 hectares, and contains both the northern and the southern plants. It has more than 300 varieties of animals. The yellow-breasted pheasant, sika deer, golden cat, and python are first-class protected species of the state.

How to get there: drive from Changsha through Changsha Ring Expressway and Beijing-Hong Kong-Macao Expressway to Chenzhou, then travel along G107 via YIzhang and Pingshi to the forest highway to reach Mangshan Mountain.

Shuifu Reservoir covers 4,500 hectares, with a shoreline of 430 kilometers. The water is vast and mighty, dotted with more than one hundred islands, which look like some pearls pouring on a jade plate. The reservoir is divided into more than 100 small lakes, forming a marvelous landscape of multiplied mountain and double back waters, with mountains and waters surrounding each other.

How to get there: Shuifu tourist resort is less than 150 km away from Changsha. Drive from Changsha through Xiangtan-Shaoyang Expressway to the border of Loudi and Xiangxiang.
Address: west of Xiangxiang, Xiangtan  City

In this park, the beautiful mountains, elegant lakes, amazing stones and vast forests constitute picturesque scenery. Also it is called "the gene bank" for abundant plants and wild animals of various varieties and also "a natural oxygen bar" for its clean and fresh air. Therefore the park is praised as paradise on earth. It is an attractive destination for tourists to be close to nature.

How to get there: drive from Changsha through Beijing-Hong Kong-Macao Expressway to Hengyang and drive along Hengyang-Kunming Expressway to Dong'an exit

Huping Mountain with perilous peaks and deep valleys comprises 266 peaks at an altitude of over 1,000 meters and a major peak, also the highest peak in Hunan, 2,098.7 meters above sea level. It boasts the deepest, narrowest and grandest gorge in the mid-easternChina. Huping Mountain has plenty of waterfalls, water-eroded caves, and streams in crisscross network.

How to get there: drive from Changsha through Changde-Zhangjaijie Expressway to Cili and Guotai Brige, then travel along S303 to the scenic spot

Known as another “Gene bank” for flora and fauna, its forest coverage rate is nearly 94%. Mufu Mountain Forest Park is famous for its spectacular scenery, sparkling waterfalls, ancient temples, rare flora, blooming flowers, and vast mountain meadows. Its perfect ecological tourism resources resulted in its being approved as a national park by the State Forestry Administration of PRC in 2005.

Golden Whip Stream (Jinbianxi) is located in Zhangjiajie National Forest Park. It extends 7.5 km from north to south, winding across mountains and valleys. The brook is limpid through the year, with stone peaks standing erect on both banks. In Golden Whip Stream you can enjoy the dense forest and grotesque-shaped peaks on either of its banks. If you get tired, you can rest on a rock by the stream and watch fish swimming. The park is a place for one to escape from the summer heat.

How to get there: drive from Changsha through Changsha-Zhangjiajie Expressway to the downtown of Zhangjiajie

Address: walk ahead about 300 meters from the entrance of Zhangjiajie National Forest Park