How to Have Healthy Bite of Steamed Crabs

Do you cast a covetous eye at the steamed crabs? There is no denying that it is the time to taste steamed crabs. But, how to have healthy bite is a worthy of your attention.

Three Don’t: Do not eat died crabs;raw crabs and overeat crabs. Died crabs are suitable for breeding bacteria,which will produce poisonous matters.Raw crabs are easily for paragonimus infection and other parasite infection.Overeating will make you fell uncomfortable or even develop skin rash.

Three Taboos: There are focuses on the food match. Crabs are of cold property,which is unsuitable to match cold drinks.Meanwhile, crabs,full of protein are supposed to take place chemical reaction with tannin in persimmons and teas.

Therefore, The healthy way is to drink ginger soup when eating steamed crabs. 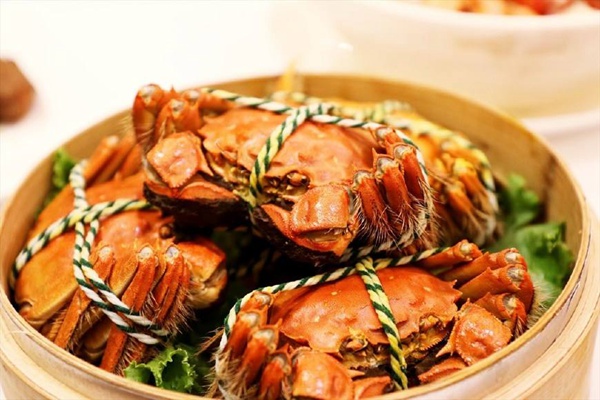